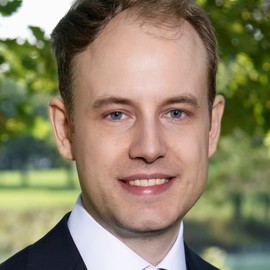 I am an Assistant Professor of Economics at the National University of Singapore. My research focuses on the political economy of development, particularly the connections between economic forces and political (in)stability in developing countries. I teach methods for research in applied microeconomics.

China has recently become the largest provider of official finance to developing countries. I link project-level data with administrative firm-level data from China to identify political determinants and economic consequences of Chinese foreign aid. I document that when there is labor unrest in a Chinese prefecture, contracts for infrastructure aid projects are allocated to state-owned firms in the prefecture, and employment by these firms increases. Connections between these firms and other countries mean that China’s response to domestic unrest affects the allocation of Chinese aid projects to recipient countries. I exploit this variation to develop a novel instrument for identifying the causal effects of Chinese aid on recipients. I find large positive short-term and small long-term effects on GDP, consumption and employment.
Media coverage: Project Syndicate, US-China Today, [VoxDev]
[pdf]
Joris Mueller
Jan 25, 2023

State-Building in a Diverse Society

Diversity poses fundamental challenges to state-building and development. We study the effects of one of post-colonial Africa’s largest policy experiments — the Tanzanian Ujamaa policy — which attempted to address these challenges. Ujamaa aimed to create a national identity and consolidate state authority by mandating a highly diverse population to live in planned villages, where children received political education. We combine differences in exposure to Ujamaa across space and age to identify long-term impacts of the policy. We show persistent, positive effects on national identity based on surveys and inter-ethnic marriages. We observe no systematic differences for cohorts that were above or below treatment-age during Ujamaa. Our preferred interpretation, supported by evidence that considers alternative hypotheses, is that changes to educational content drive our findings. Moreover, while Ujamaa contributed to establishing the Tanzanian state as a legitimate central authority, it appears to have lowered demands for democratic accountability.
[NBER working paper]
[pdf]
with Ruth Carlitz, Ameet Morjaria
Nov 26, 2022

The Long-Run Effects of Agricultural Productivity on Conflict, 1400–1900

This paper provides evidence of the long-run effects of a permanent increase in agricultural productivity on conflict. We construct a newly digitized and geo-referenced dataset of battles in Europe, the Near East, and North Africa from 1400–1900 CE and examine variation in agricultural productivity due to the introduction of potatoes from the Americas to the Old World after the Columbian Exchange. We find that the introduction of potatoes led to a sizeable and permanent reduction in conflict.
Media coverage: marginalrevolution.com
[pdf]
with Murat Iyigun, Nathan Nunn, Nancy Qian
Nov 24, 2020

The Party and the Firm

We use detailed administrative firm data and natural language processing techniques to understand the scope of and motivations underlying the Chinese Communist Party’s (CCP) growing involvement in the operations of private firms in China.
with Jaya Wen, Cheryl Wu
Jan 20, 2023

Wealthy foreign real estate buyers have increased rapidly over the past few decades. Of particular note are those from China; in 2016 alone, Chinese buyers were the source of over 100 billion USD of outflows to real estate markets worldwide. In this paper, we investigate the effect that these wealthy Chinese buyers have on local U.S. housing markets, local governments and residents. Using a novel instrument, we demonstrate that an increase in the share of wealthy Chinese buyers in a locality causes an increase in house price growth. As a result of this increased growth, local governments benefit from increased property tax revenues but do not see a drop in sales tax revenues, suggesting that the vacancy rate for Chinese-owned properties is no different from that of counterfactual buyers. A drop in rental prices suggests that wealthy Chinese buyers are more likely to rent out their houses and less likely to move into them.
with Joe Long
Jan 31, 2022

Digital Networks and the Diffusion of Political Movements

We exploit the staggered introduction of 3G mobile internet in Africa to examine the effect of new communication technologies on the spread of political unrest in and across countries. We design a novel empirical strategy that allows us to separate the direct effect of mobile internet on unrest from spillovers. We find that digital communication networks lead to the spread of unrest independent of physical distance. Preliminary evidence suggests that social media constitute an important channel.
with Ricardo Dahis, Utsav Manjeer
Aug 25, 2021